Why Aren’t Most Environmentalists Vegetarian?

The full question is, “Why aren’t most environmentalists vegetarian, vegan or eating as little eat as possible?” but that wouldn’t fit in the box.

And I’m not asking just to be provocative. I’ve gone through nearly two decades of being a vegetarian, sometimes strict, sometimes not, and in between eaten a glorious volume and variety of delicious meats from around the world. I never once stopped loving the smell of sausage, that first bite of bacon, or the bloody surrender of prime rib. I often crave yellowtail sashimi and greasy cheeseburgers at the same time, and have an inordinate fondness for salty brisket.  But.

And this is a big but (I cannot lie).

I have never once since college eaten meat without a bit of shame. With every eye-rolling bite, I wonder, why am I doing this?

“…when 15,364 scientists advocated for plant-based diets by signing the 2017 “World Scientists’ Warning to Humanity: A Second Notice,” vegetarianism in the U.S. didn’t budge. Despite movies like Food, Inc. and Cowspiracy, and despite countless academic papers on the harmful impact of animal agriculture, and despite ever more meat substitutes, veganism has risen only a few percent since 2012.” – SA

There are many personal reasons why I feel off the vegetarian wagon, none of which matter (even if they were momentarily funny), but I’m falling inexorably back on that same wagon. Falling up, if you will, toward a low-to-no-meat diet. For me this is inevitable. I can’t live with the background shame of meat consumption any longer. But that’s me, and I alone don’t matter in the grand scheme of things. What matters is what we all do collectively, how much and how soon.

Why Aren’t You Eating Less Meat?

No, that sounds judgmental and I really don’t mean it that way. My question comes from curiosity, not condemnation. What allows any of us to do intellectually inconsistent or even arguably unethical things while telling ourselves we’ll do better tomorrow? Are we too busy, too poor or too distracted to do better? Are we the boiling frog that hasn’t noticed how the world has changed?

In terms of emissions, if Americans ate even a mere hundred pounds of meat per year, it would be the equivalent of 26 million people switching exclusively to bicycle transportation. – SA

What allows us to actively willing support a meat industry that is grossly and obviously bad for the environment while caring for that same environment?

What am I missing?

Because if it’s really that simple, shouldn’t most environmentalists be at least shuffling slowly away from the grill (or putting more veggies on it)? The Scientific American article I quoted aboved asks the same question but offers no answer. I want an answer. More specifically, I want your answer.

But before you answer, some food for thought:

This is all the stuff you’ve probably heard before, so I’ve just put in a few quick bullet points as reminders. If you don’t know it by now you probably don’t want to, but if you do, here’s a cool video summary:

In other words, meat is “bad” because:

And if that’s not enough, you can watch this horrifying video, but please don’t unless you have a strong stomach. It’s kinda hard on the soul.

Maybe these are just rationalizations? I don’t know, but here’s a cheesy video that covers most of them:

And of course there are those who think that going vegan won’t really help that much, assuming the only thing you care about is climate change:

Going vegetarian can help a little bit, but it’s both an unrealistic and inefficient policy to push on people across the world. We should focus on research to develop cleaner, maybe artificial, meat and cheaper clean energy. And while we do so, we can have our summer barbecues without being told they destroy the planet. – Bjorn Lomborg

Are those truly compelling reasons not to defund the meatriarchy (yes, I just made that up)? I want to know. Is it something else, a combination of things, or just habit?

I love Homer and I know he’d never give up bacon, but then again he abandoned an alternative universe where it rained donuts and he’s not an environmentalist. You are. So, what’s the deal?

A Terrible and Offensive Analogy

Let’s say you were a feminist and you found that we could cut the rate of rape by 10% by not drinking fancy boat drinks. Our decision to eat meat despite how it damages the environment, kills animals and so on, when we have plenty of great alternatives, is like saying screw it, I hate rape, but I really love Pina Coladas. It’s not even like saying you have to give up alcohol, because of course we can’t give up all food, just some of it. You can still get wasted.

If you find this analogy offensive, great, you’re paying attention. It’s offensive because we sincerely care about rape, but we don’t seem to care as much about animals or the environment. And maybe we shouldn’t; society hasn’t yet decided that animals matter as much as people, and maybe it never will.  That’s fine. But if we did truly care about animals at all, then this analogy wouldn’t be offensive; it would blindingly, obviously true.

Got a Little Judgy There

Sorry about that. I don’t want to sound like this guy…

You might be able to call yourself an environmentalist as your job title and you might actually care about the environment. But if you are consuming animal products, especially products that come from factory farms, then you are a hypocrite. – Sentient Media

“I’ve known a number of people who were great environmentalists, and who ate meat, so I guess the answer for me would be yes, empirically, you can,” Bill McKibben, the author and environmentalist, tells us in an email. “Most of them, I think, ate carefully. Maybe my favorite environmentalist of all — though he might eschew the label — is Wendell Berry, who wrote wisely about this as about so much else.” _ NPR

But, and this is another big but, Wendell Berry comments extensively on what it means to eat meat and everything else carefully, locally and judiciously:

Eaters, that is, must understand that eating takes place inescapably in the world, that it is inescapably an agricultural act, and how we eat determines, to a considerable extent, how the world is used. This is a simple way of describing a relationship that is inexpressibly complex. To eat responsibly is to understand and enact, so far as we can, this complex relationship. – Eco Literacy

So, if you’re willing to follow Wendell’s seven steps to more conscious eating, like eating locally, maybe there is some way for some individuals in some cases to eat meat and be environmentally consistent–but since most will never do this at it doesn’t matter at the scale of global meat consumption, it’s kind of a strange argument.

That said, most meat eaters, environmentalist or not, seem to agree that veganism and vegetarianism are good or ethical in some ways but also not so convenient (as always, take a single survey result with a grain of organic free-range sea salt):

Analysis published in the journal Sustainability from University of Bath Psychology PhD student Chris Bryant suggests that 73% of meat eaters surveyed considered veganism to be ‘ethical’, 70% said it was good for the environment and half (50%) considered it healthy. 60% thought veganism was ‘acceptable’. By contrast, over 80% of respondents thought veganism was not easy, 77% thought it ‘inconvenient’ and over 60% thought it was not enjoyable. Attitudes from respondents towards vegetarianism were significantly more positive on almost all counts. – UB

So, back to the only question that matters:

Why Aren’t You Vegetarian or Eating Less Meat? 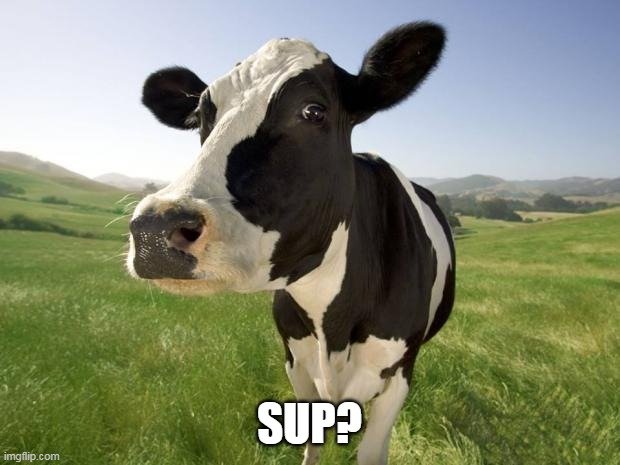 Honestly, I just want to know. Maybe it will help me understand my own waffling back and forth. What’s the deal? Is it just convenience? And will that ever change?

Let me know in the comments or however you like. I’d love to hear from you.