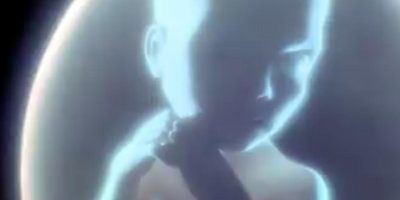 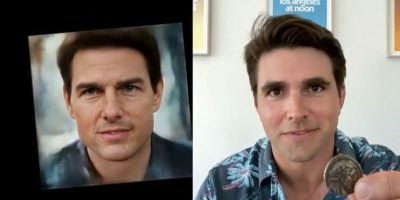 This post is a way to track news about new advances in machine surveillance (by camera, drone, robot, AI) and monitoring technology. Some of this tech is no doubt great and will decrease the costs of police forces, decrease risks to first responders, and otherwise benefit humanity. My concern is the other side of this technology, the inevitable aggregation of nearly infinite personal information about our lives from automated sources, often without our awareness or consent. We’ll just have to see how all this evolves.

Letting this tool of authoritarian control spread throughout the private sector has serious implications for worker organizing rights and heightens the risk of catastrophic biometric data breaches.

Nah they really got these robot police dogs in NYC. This is wild pic.twitter.com/iG7CTPFevH

After claiming not to use AI for facial recognition based on a service from Clearview AI, it now appears they have used it for at least long-term trial purposes:

They show that the New York City Police Department, the largest police department in the country, with about 36,000 officers, has had a close and previously unknown relationship with Clearview that included in-person meetings and customer support from Ton-That.

Amazon delivery drivers are being forced to consent to constant video surveillance or lost their jobs. The nominal purpose is to prevent distracted driving, but the potential for abuse and micromanagement is obvious.

As more information emerges on the Verkada camera hack, the ACLU offers some insight and lessons learned:

We learned last week that a group of hackers gained access to cameras installed by a surveillance camera company, and said they were able to access live feeds from 150,000 cameras inside schools, hospitals, gyms, police stations, prisons, offices, and women’s health clinics. Some of the video footage — showing patients in their hospital rooms, for example — was extremely privacy-violating. – ACLU

Dangers noted by the ACLU included (1) the inherent risks of connected cameras (2) that device vendors can be “snoopers” (3) cameras can be inappropriately placed, as in a hospital room or clinic (4) they are especially concerning when connected too face recognition, AI and other software systems.

Drone maker and Google team spin-off Skydio has garnered millions in US government contracts as an American alternative to China’s DJI, with initial marketing focused on consumer, military and public safety applications:

Skydio’s drones will be used for emergency response, surveillance, and reconnaissance missions, and the company says it has no plans to weaponize its tech. –  The Verge

Last year, Skydio secured waivers allowing cops in Chula Vista, a suburb of San Diego, and workers at the North Carolina Department of Transportation to operate devices where the pilot can’t see the machine.” – Forbes

So, it won’t be tool long until city camera networks are augmented by networked swarms of AI powered drones watching you do, well, whatever. 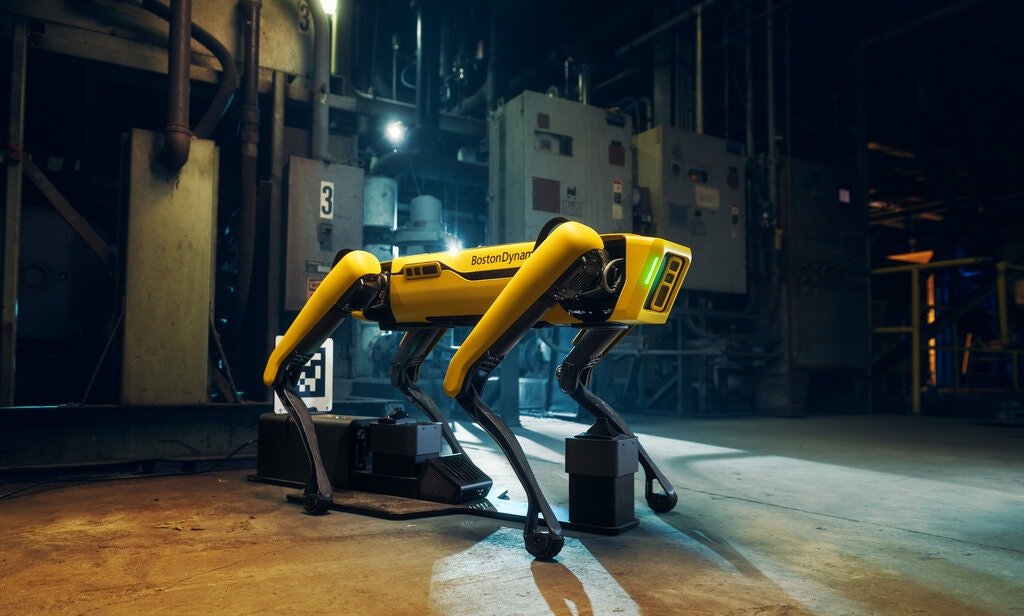 The NYPD is going to deploy Boston Dynamics Digidogs to help with patrolling and other services that might place police officers at risk.

The New York Police Department is among three in the country that have the mechanical dog, which is built by Boston Dynamics, the tech company known for videos of its robots dancing and jumping with eerie, humanlike fluidity. – NYT

The dogs will not be armed and are not yet fully autonomous (they are remotely controlled). Digidog appears to be a police-specific brand for BD’s “Spot” robot:

“Spot is an agile mobile robot that you can customize for a wide range of applications. The base platform provides rough-terrain mobility, 360 degree obstacle avoidance, and various levels of navigation, remote control and autonomy. You can customize Spot by adding specialized sensors, software and other payloads. Early customers are already testing Spot to monitor construction sites, provide remote inspection at gas, oil and power installations, and in public safety.” – BD

Who let the dogs out? Ha ha. Run away.