As everyone knows, neologisms are new words and not your last Airbnb tenants or your least realistic existential bathroom goals. In times like these, with new things happening everyday, I realized we were missing some words. So I made ’em up, and present them here for your edification and abuse.

Meaning: Doing something you’re completely unqualified for, and then screwing it up so badly, that you end up covered in explosive detritus, but are too much of a douche to realize it.

Sample Usage: POTUS was covered in douche blow after announcing a coronavirus website that Google was developing when Google had no idea what he was talking about.

Meaning: Trying too hard and blowing it every time, often disastrously, without having any idea that you’re a total disaster.

Sample Usage: President Trump totally fart buckled the roll-out of coronavirus testing, but thinks he scored a 10 out of 10. That new head of the EPA is a total fart buckle; he has no idea what he’s doing.

Meaning: To be so  incoherent that no one has any idea what you’re talking about, while speaking in a general tone so aggressive everyone knows it’s offensive.

Sample Usage: Every damn word from the president’s spleenfingered face pit, for example, Trump totally flirdniggled that press conference on coronavirus. Did he really say it was just like the flu? What a tonguefuckle.

Meaning: (1) To totally destroy something without regard to cost or pain caused just to prove to your asshole buddies what a manly leader genius you are; (2) To demonstrate something so poorly you make the opposite point.

Sample Usage: The Trump administration fired the White House pandemic response team just to prove he was in control, a perfect hymenstration of his leadership skills.

Sample Usage. The President quaranbitched for a while, dither fudged a bit longer, then finally asked groups of ten (10) or more not to tongue themselves in public.

Meaning: Someone who’s so clueless about how he impacts other people that they take any sign of life or physical act as affirmation, confirmation and consent.

Sample Usage: The Donald queefbagged every women he ever met, assuming their grunts of pain, screams  of disgust or accidental vaginal discharges were  proof of his sexual prowess.

Meaning: Sticking your finger (real or metaphorical) in so many places with so little self-control that you’ve probably hybridized coronavirus and Ebola while picking your nose.

Sample Usage: At today’s press conference, while telling people not to touch themselves to avoid infecting them with coronavirus, every politician in America repeatedly shook hands, touched their faces, sucked on the microphones, licked themselves in effigy, and generally spleenfingered the country.

Why the spleen? Because no one knows what that damn thing does anyway. It rhymes with clean, so I assume it’s a backup liver or biological handy-wipe.

Meaning: Indestructible cosmic bag of hair, cuticles and mucus powered by scientifically inexplicable gamma rays; one of the original Regrettable Avengers, whose sole remaining power is to take credit for other civilizations accomplishments right before destroying them. 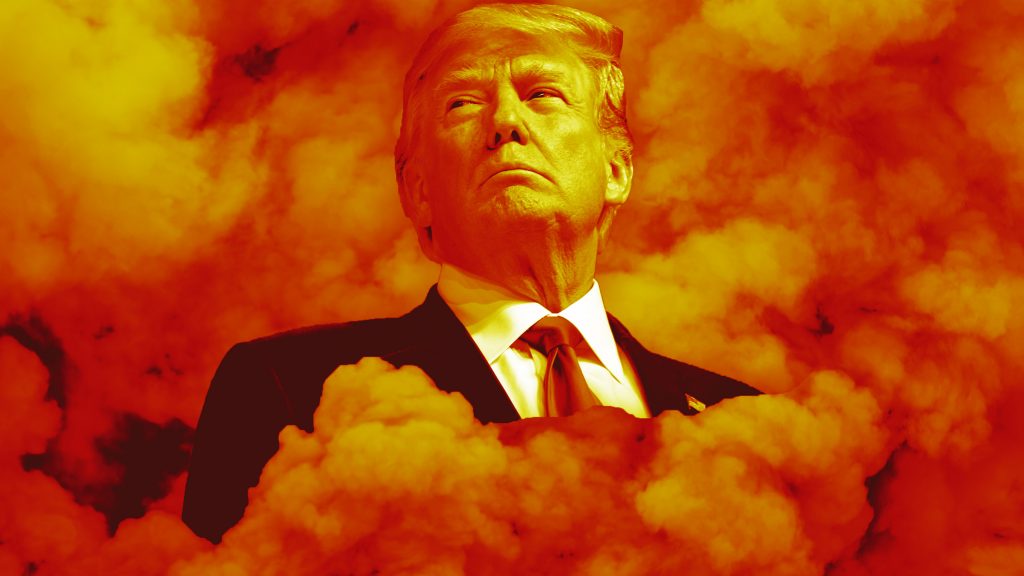 Sample Usage: We thought the Terrans would get through the age of narcissism and greed, but Trumpaluffagus‘ flaming acid mouth spray burned their planet to a dead brown cinder. They were Trumpalufucked.