Wet from the Standpoint of Water Madlib

Posted by Posilicious on September 20, 2018 0 Comments

Today we learned one of the most impotent lessons in speaking bigly, which is really the secret of everything: fill as much time as you can with as little continence as possible from the standpoint of vacuity. This previously unreviled secret of solipsistic, self-referential, redundant, repetitive and slambastic speech is to say a lot without saying anything. It’s how SEO works. Why wouldn’t it work for the Presidency?

What he actually said was “This hurricane was tough, one of one of the wettest we’ve ever seen from the standpoint of water,” but that’s a lot of words that won’t fit on a meme. He could have said, “How much wetness could the wettest water wet if wet water could wetter water wet?” but who can remember all that? Better to keep it simple. Think less, talk more!

Don’t be intimated! Anyone can do it. Here’s your Madlib tampon:

It’s the stupidest thing you can say from the standpoint of words, as John Oliver would say, so why not try it yourself? Here’s an easy one:

This tornado was one of the windiest from the standpoint of air.

Well of course it was! Who can deploy that? 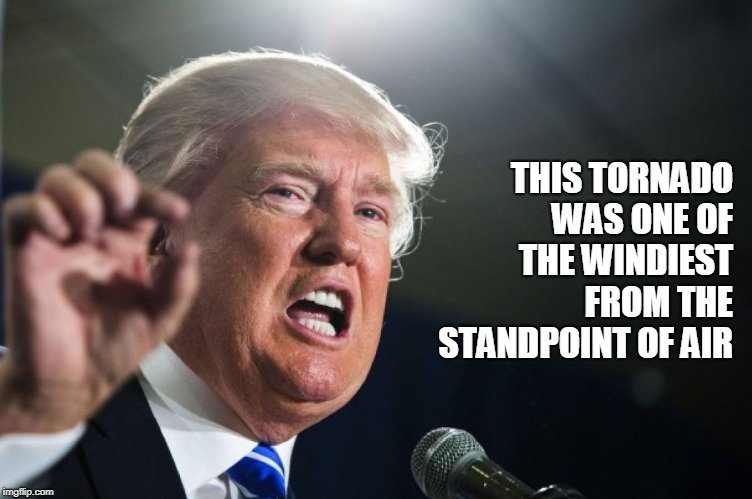 Now try it yourself! Don’t be shy. Here are a few more examples to help you learn how to talk President one day: 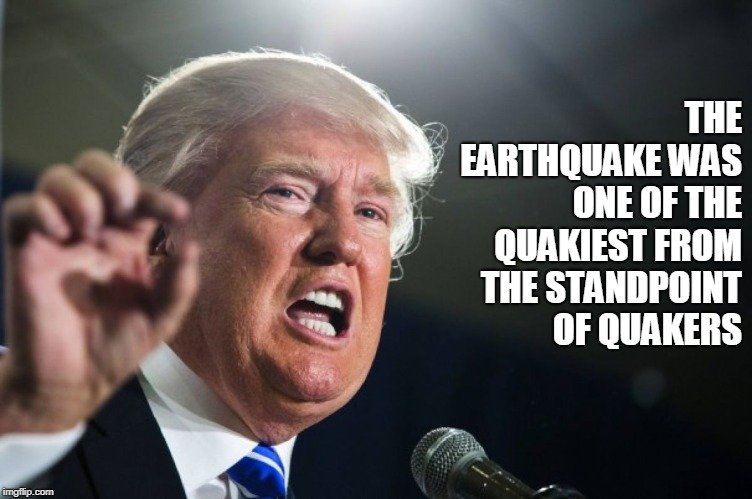 Does it make cents? No! Cents is an elitist confederacy!  But even egg heady libelers like Einstein could Madlib: 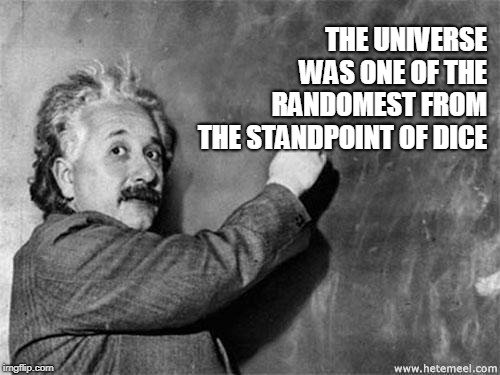 What does that even mean? Who cares! You can have the press secretary pretend you knew later. And don’t let consistency get the way! Alanis Morissette didn’t understand ironing but ironically made mega-millions slinging about it! 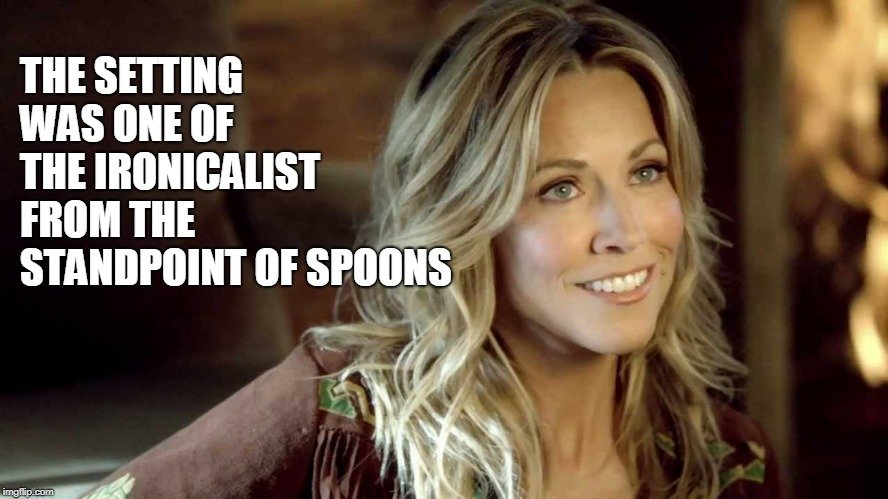 Is that even Alanis? Of course it might be! Punch her in the pussy! Alternative facts enporridged! Thing bigly, talk biglier! 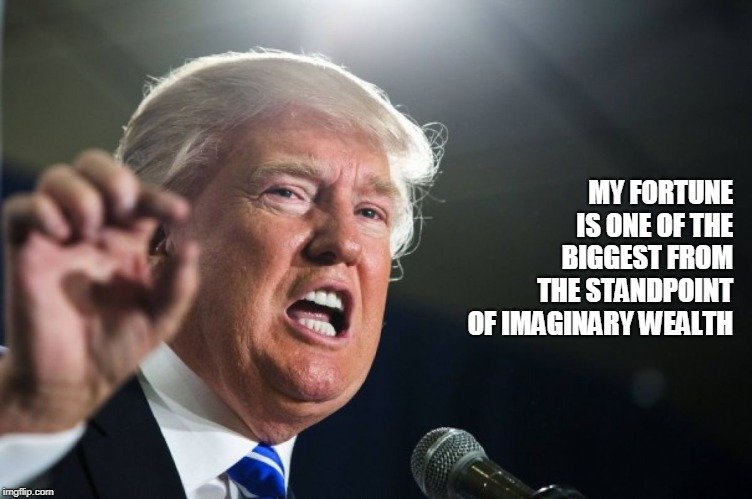 And don’t let polemical correctness get in the way, or the Kurds! Kurds away! 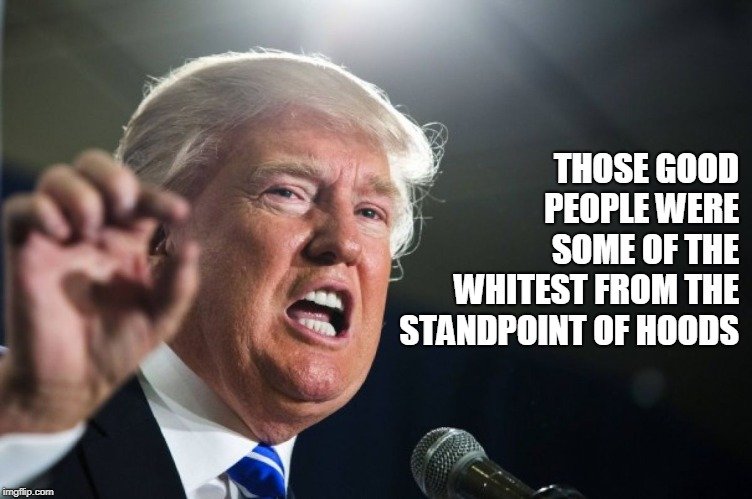 You can use it in your next class report!
This Spring was one of the vernalist from the standpoint of seasons.

You can use it with your pets!
You’re the slobberiest dog from the standpoint of saliva. Yes you are.

You can use it in bed!
That orgasm was one of the fakest from the standpoint of why are we still together?

You can even use it in flatulent Supreme Court confirmation smearings! 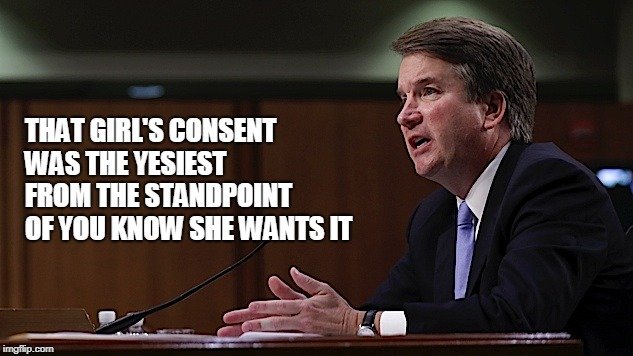 Oh, what a downer that boy is! Sad. Never end on the melon trolley! 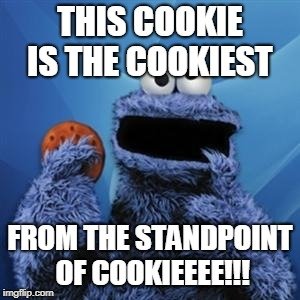 Just remember to keep it simple, talk fast, say a lot, but don’t say anything you can’t misexplain later!

Now, what have you got? Try using “moist”. I dare you!

For Cher, this blog post was one of the helpfullist from the standpoint of psychiatry.