This may or may not be part of a series on stupid liberal and conservative political memes, but let’s just assume it is so the title makes sense.

The Meme: No One is Illegal on Stolen Land 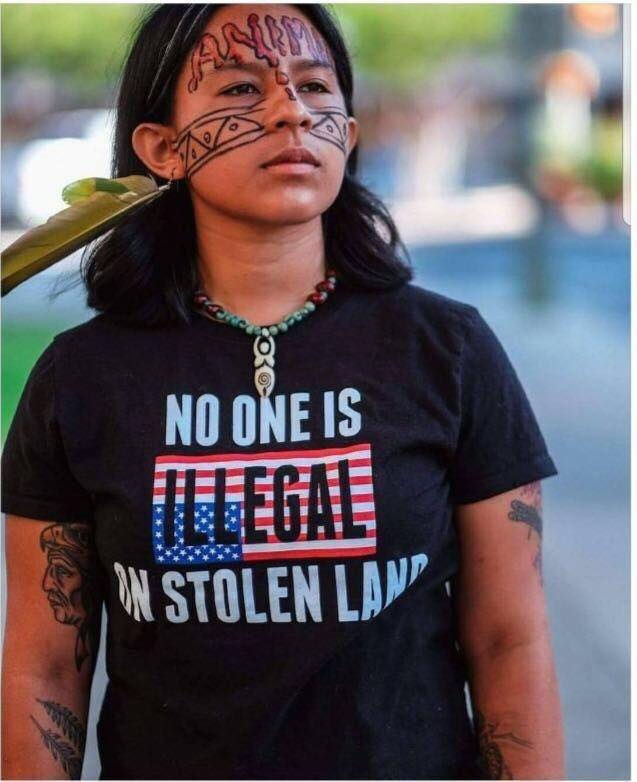 No One is Illegal On Stolen Land Courtesy of Woke Folks

In other words, its hypocritical to get angry about illegal immigration when the people objecting are themselves the descendants of illegal immigrants.

We as a nation are acting like a bunch of racist, murdering douchebags when it comes to immigration. The stupid part of this meme has nothing to do with my opposition to our country’s current immigration policies — which are incoherent at best and evil at worst. The stupid part is that it just doesn’t make any damn sense. Why? 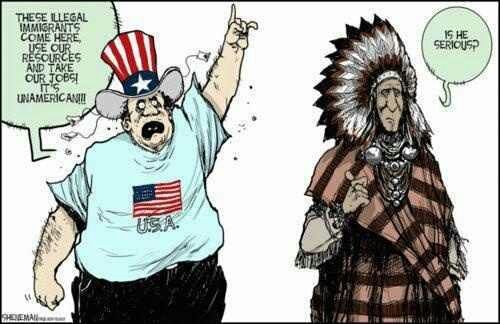 Why does it matter? I don’t know; I just hate Group Think. So, here’s my suggestion for a better immigration meme:

If we don’t agree on that, the rest is bullshit.