Posted by Posilicious on September 24, 2017 0 Comments

I pledge allegiance to the Flag
Of the United States of America
And to the Republic for which it stands
One Nation under God, indivisible
With liberty and justice for all

I say this because today the internet lost its mind in a massive flame war between the NFL knee-takers (KTs) and the anti-knee-takers (AKTs). I don’t really have much to add to that particular debate; everything that can be said has been said, and many things that shouldn’t have were probably said as well.

But what I will take note of is the key argument of the AKTs–which is is that KTs are traitors and hypocrites because they are disrespecting the flag that represents the sacrifices our soldiers-in-arms have made over the centuries to protect the people and institutions of the this great country.

Again, I don’t really have much to say about this perspective and I will admit to understanding it even if I don’t fully agree. I tend to think the argument is a cynical way to distract from the true issues at hand, but let’s assume for argument’s sake that the AKTs are sincere and that they truly believe that this flag, this one Star Spangled Banner is being trampled, metaphorically, by the KTs.

Then I’m going to have to assume that the AKTs also believe that anyone who flies a different flag, a separate flag, a flag representing a nation that tried to destroy the USA, is also a traitor and hypocrite and should love our country or leave it. Especially if that flag cost the lives of 640,000 US soldiers — more than any other US war or conflict. Well, here is that flag: 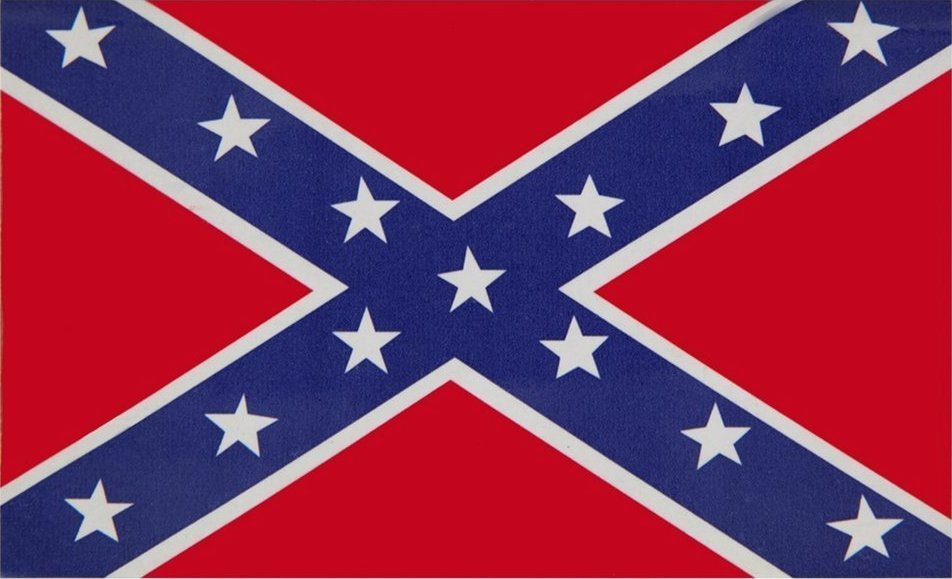 This is the Confederate Battle Flag. The flag flown by many American southerners and the KKK and pretty much anyone else who thinks this alternative flag, the flag flown during battles that killed or injured nearly a million loyal Americans, is better than the Stars and Stripes.

So I have no problem with the viewpoint espoused by AKTs that we should respect the one and only flag of the United States of America. As long as they actually, consistently and clearly do that.

Because if you support flying, showing, praising or in any way respecting this other flag of slavery and racial aggression, than you do not respect the Stars and Stripes or the people who died defending it. You have to pick one, and I’d suggest you pick the actual flag of the actual country you claim to love.

With that in mind, I’m just going to assume that every AKT screaming about the horrors of protesting in a way that spits metaphorically in the face of our armed forces is also simultaneously supporting the eradication of this symbol of confederate terrorism for the exact same noble reasons.

I thank you for that act of moral and intellectual consistency, and appreciate your help in my effort to eradicate the southern swastika.