H. and I took another Saturday and headed up Leatherneck from the Valley Station (Tram) parking lot. The ridge climb from the valley to Shangri La, the valley you arrive at upon reaching the level of Long Valley and the upper tram stations, is about 6,600 vertical feet from the starting point.

You cover this is around 4.3 miles, making for rate of climb around 1,500′ per mile — compared to about 850′ per mile on Skyline. So while Skyline climbs 2,000′ of additional vertical, it does so on a descent trail at a relatively moderate pace. On Leatherneck there is no trail, and little moderation, but there are some gorgeous views and great scrambling. It’s an entirely different experience and well worth it.

Today, we started around 7:15 and got to Shangri La a little before 1pm, for climbing time of about 5:45 including a very nice stop for lunch. H. doesn’t eat much — he’s like a freakin’ humming bird, actually — but when he does, it’s an event.

The climb was infinitely more pleasant than my first time, when I felt like sleeping or throwing up half the time — fighting a bug? Not sure. But today was fantastic. Perfect weather. Beautiful views. When we reached the treeline, my favorite part of the climb, it was like finding that one peaceful, quite place in any wood. It’s a calming place, with unparalleled views of San Gorgonio to the north and San Jacinto to the south.

After a stop for lunch, we started the ridgeline traverse to the flank below Cornell (Main picture for this post). This is the surprisingly long and hard part of the hike; the main ridge seems so close, so astonishingly close, that you think you’ll be there in 20 minutes.  It’s more like two hours. The first time, feeling a bit wonky, it hadn’t been a pleasant experience. This time it was a lot of fun. I’d recommend not using trekking poles from here up; they just get in the way.

At the end of the ridgeline traverse, we encountered the first snow and H. opted for his Kahtoolas (walking spikes). I went on without because I was wearing boots instead of runners. Probably not the best decision, but there was never more than 3-4 inches of snow and bare rocks were not icy at all, so it was fine.

We topped out in the sun a little above Shangri La and scrambled down to the valley for a rest. It was brisk, maybe low 30s, but beautiful and sunny. Couldn’t ask for better.

From here, we planned to traverse toward SJ and climb Miller Peak. So after a stop for food, we started north through the rocky valleys, countering our way southwest. Well, mostly west. As you can see from the map, it was a bit of a wander.  We followed a social trail, came across some tracks, then followed those to the old SJ trail (I think) and Tamarack Valley.

At this point, once we were southwest of Cornell, we reached a trail junction — one snowy path headed north, the other southwest. We weren’t sure what to take, and indecision got the best of us; we followed one pair of snowy tracks SW when we should have gone north. No one’s fault, but if it was someone’s fault, it’s only because he eats like a freakin’ bird and it interferes with his higher brain functions. Kidding. Mutual decision.

So, we wandered in the woods for a bit, scrambled over some lovely rocks, then when we got to a rocky outcrop and could pinpoint our position, we realized we were a wee off course and it was getting late, so we started back toward the tram.

Despite not getting anywhere near Miller, it was a great day. Good company, beautiful weather, and a great education on path finding in the woods. As in, what not to do. Next time, Miller or die! 😉 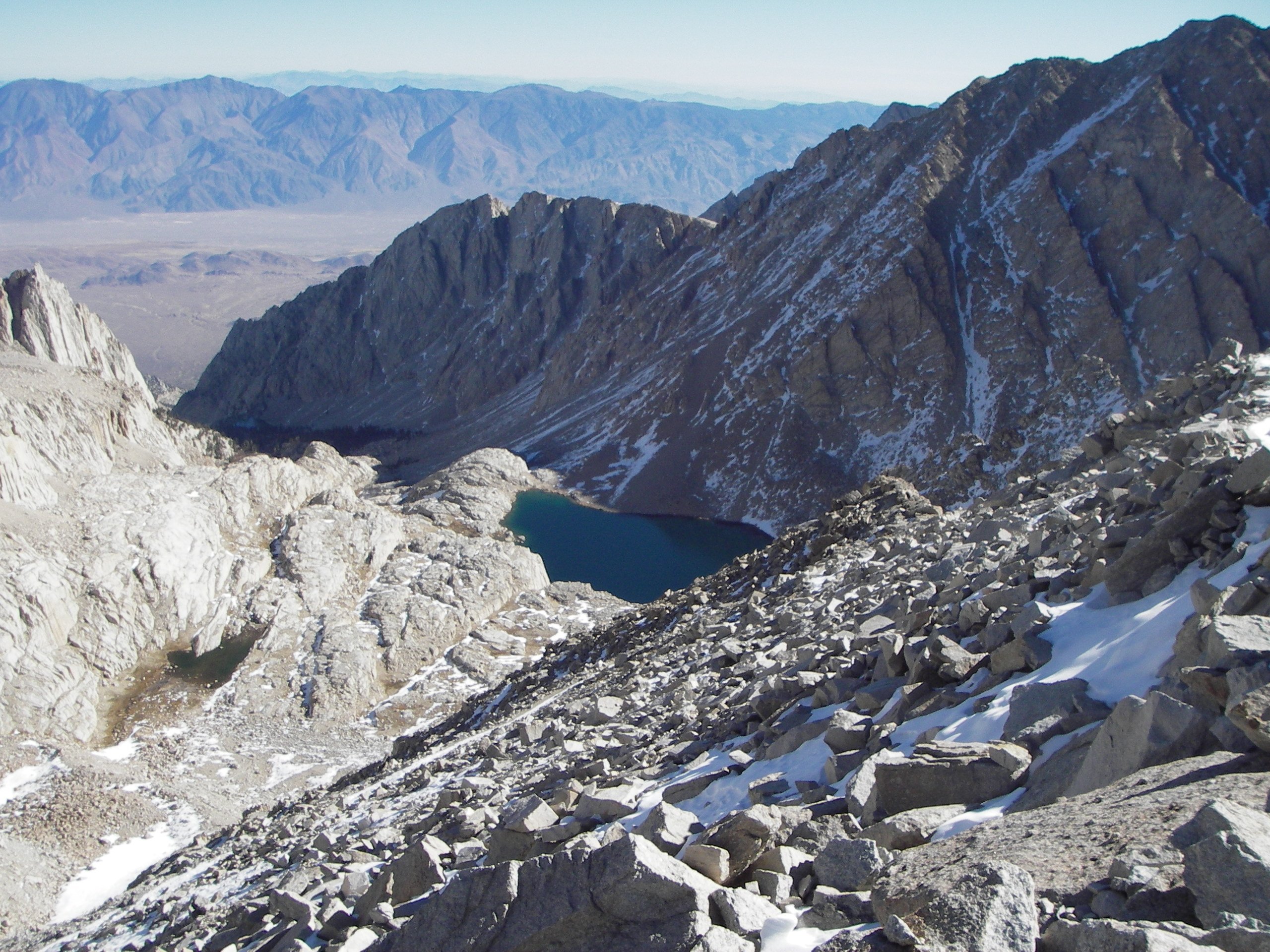 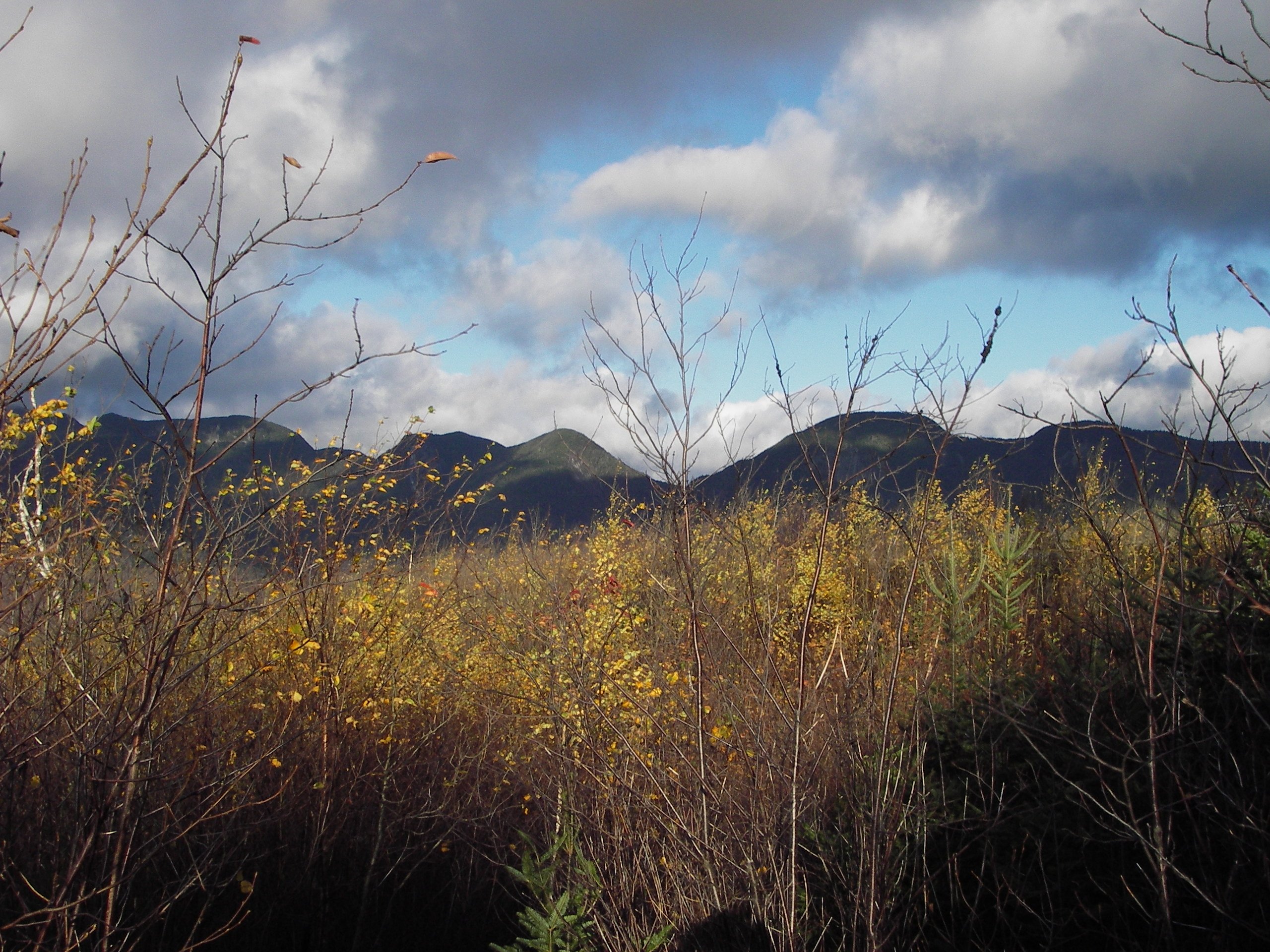