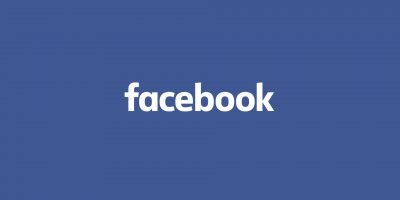 One of the greatest things about ice cream is that every flavor is a bit like an artistic creation — whatever the basic recipe followed, whatever conventions are assumed, the resulting flavor has a lot to do with the people who created it.  We spoke today with Neil Gottlieb, the Founding Twin of Three Twins Ice Cream, about what inspired him to start this ice cream brand — and where he sees it going.

What inspired you to get into the ice cream business?

Neal: After getting out of school, I worked in finance and then joined the Peace Corps.  I wanted to combine my inner do-gooder with my capitalist side.  So I wanted to start a business and was attracted to the idea of creating a new brand that stood for quality, had no artificial chemicals, and was new and interesting.  I also wanted to focus on authenticity across the board — in terms of ingredients, giving back, honesty with our customers, etc.  And I wanted to produce a great product at a reasonable price.

Plus, I ate a lot of ice cream growing up.  Fortunately, it turns out ice cream is not a horribly expensive business to get into, and it can really scale.

Did you have much food service experience before founding Three Twins?

Neal: No, not much.  I just really like ice cream.

What about your more recent inspirations.  I see that you like to hike and travel.  Anything international going on here?

Neal: Dad’s Cardamom was definitely influenced by travel to India and Nepal, but otherwise flavors are mostly traditional American standbys with a twist.  The Cardamom flavor was inspired by a classic Indian dessert called Kulfi, a molded dessert or ice with a great cardamom flavor that you just don’t find in the US.  There’s really nothing like it.  Oh, and Fair Trade Indian Vanilla is there to support that country as well, so that was also influenced by my travels.

Is there a particular ethic or goal you are after (e.g., richest flavor, vegan, gluten free, organic, just plain delicious…)?

Neal: Core value is “authenticity” —  just not trying to trick your consumer — to truly give them the best flavor possible.  There are many companies that have logos or slogans that imply true value or quality, but they don’t deliver on that and these days I think that’s foolish.  Customers will figure things out.  For us, we try to make it taste as good as possible, but also like I was making ice cream for my friends — as an exercise in taste, and making it exceptional.  Add to that great package design, helping buy and conserve land with the proceeds, and you really get to be a more authentic brand.

What was your first flavor and what inspired it?  Is that flavor still available?

Neal: The first flavor ever made was a basic sweet cream, but the first packaged ice cream line in the 2007 releases was Cookies & Cream.  The three other flavors that came out concurrently were Madagascar Vanilla, Bittersweet Chocolate and Mint Confetti.  I think our Cookies & Cream is really exceptional because it has liquefied cookies with the Madagascar Vanilla base.

What is your best or favorite flavor so far, and what inspired that flavor?

Neal: I have so many favorites.  I probably eat the most Cookies & Cream.  I’m proud of the Mint Confetti because there’s really nothing like it.  The Lemon Cookie is the flavor that people talk and post about the most, probably because it’s really friggin’ good!  I think it brings back memories of kinds of lemon sandwich cookies, or the Girl Scout cookies — just a nice, refreshing trip down memory lane.  And it’s very unique.

And then there are the ones I’m just proud of.  Every flavor sets us apart.  Our strawberry is one example — making good organic strawberry is very challenging because the water in strawberries make it hard to get a fresh, genuine flavoring without adding mix.  So we add balsamic vinegar to accent the flavor, and the result is fantastic. And lastly, I’d mention the Fair Trade Vanilla Bean Speck, which is the first fair trade organic ice cream anywhere.

What was your favorite flavor as a child (e.g., mint chip vs. chocolate or…) and is it still your personal favorite?

Neal: I loved cookies & cream.  My twin brother was a big chocolate fan.  I also am a bit ashamed to say that I loved Bubble Gum and Pumpkin Pie from Baskin Robbins.

Do you see yourself as a small, regional brand or do you have aspirations to go national or international?

Neal: We’re definitely not just a regional brand. We’re sold in most of the 50 states, including Alaska and Hawaii. And we’re really focusing on being a great national presence. We’re also dabbling in international, starting with Thailand and, just recently, our first order to China.

How do you compare to other organic ice creams?

Neal: We don’t put any gums in our ice cream, and we think that gives it a better overall flavor and consistency. There are other good brands out there, but our focus is on authenticity…

Do you have storefront locations, or is your ice cream available in stores, or both?

Neal: Three Twins started with one shop, which is still around, and now we have three other shops — in Napa, San Francisco (closed due to a fire, but opening in Spring 2013) and in Larkspur.  We’re planning to keep expanding scoop stores and packaged ice creams at the same time.

Any plans for new flavors or styles?  If so, any hints at what’s coming that you can share with us?

Neal: There are awesome flavors coming, but you’ll have to wait.  Check back in March of 2013.

What else would you like people to know about your brand and ice creams?

Neal: Just, overall, don’t be afraid of the fact that it’s organic. There may have been a lot of bad organic food out there in the past, but this is great ice cream that just happens to be organic.

Kulfi, the inspiration for Dad’s Cardamom

According to Wikipedia, “Kulfi is a popular frozen dairy dessert from the Indian Subcontinent. It is popular throughout countries such as India, Pakistan, Bangladesh, Nepal, Burma (Myanmar), and even the Middle East.

Kulfi has similarities to ice cream (as popularly understood) in appearance and taste, but is denser and creamier. It comes in various flavours, including cream (malai), raspberry, rose, mango, cardamom (elaichi), saffron (kesar or zafran), and pistachio, the more traditional flavours, as well as newer variations like apple, orange, strawberry, peanut, and avocado. Unlike Western ice creams, kulfi is not whipped, resulting in a solid, dense frozen dessert similar to traditional custard based ice-cream. Thus, it is sometimes considered a distinct category of frozen dairy-based dessert. Due to its density, kulfi takes a longer time to melt than Western ice-cream.

Neal’s proudest achievements, in addition to starting Three Twins Ice Cream, include completing a 62-mile running race, summiting Mount Kilimanjaro and churning a batch of ice cream with ice harvested from the glacier closest to the summit, being named one of the winners of the 2010 American Airlines Road Warrior Contest, bartering a pint of ice cream for the toll on the Golden Gate Bridge and being named Entrepreneur of the Year by San Francisco’s Renaissance Entrepreneurship Center.

He lives on a houseboat berthed in Sausalito, California. For more on the founder, check out his bio on the Three Twins website.