I escaped from KoP and headed north toward the Adirondacks on Friday (the 19th).  Six or seven hours later I was at the Ausable Inn on the 73 in Keene Valley.  I chose completely at random — the Inn is a converted house with a bar downstairs and rooms upstairs.  Bathrooms are separate.  But at $45 a night and just a few miles from the trails, it was more than good enough.  Everyone there was incredibly nice and appreciative of the business.

The next morning around 6:00am I woke and the power was off.  Got ready, and had breakfast in the dark down the road at the Noon Mark Diner, where I sat next to Olga from Russia (a doctor from Burlington) who was a charming, accomplished woman there for a climbing clinic.  Amazing the people you meet out in the real world (and not stuck behind your desk).

Adirondack Loj Parking to Marcy Dam (2.1 miles, 8:45am)
The walk from the Adirondack Loj parking area to Marcy Dam was a breeze — so much cooler and less humid than the previous time that it seemed to pass in mere minutes.  I arrived at the dam in time to see a glassy beautiful morning reflection of the peaks above the lake.  Nice way to start the day.

To Mount Colden Trail Junction (4.3 miles @ 9:40am)
I almost missed this sign and the junction, though I would have kept going the right way in any case — I just tend to get a bit target-locked on the rocky trails and my footing.

To Lake Arnold (4.8 miles @ 10am)
The hike up to Lake Arnold passed quickly.  The trail gets steadily rockier as you approach the lake turnoff, but that’s just the nature of Adirondack trails.  Beautiful, easy to follow, and rocky.

Just before the lake I came up quickly and apparently silently behind a father and son, and managed to scare the poor kid half to death.  Once they had recovered and laughed it off, the father took the shot of me and pointed back down the trail to where the trail continued passed a few campgrounds and up Mount Colden.  I would later run into them when I was on the way back down, looking beat but happy.  Didn’t scare them that time.

To Mount Colden (6 miles and 4,714′ @ 11:00am)
On the way up from Lake Arnold, I passed a group of kids examining some plant or another on the side of the trail  – they told me it was an Indian cucumber, but it could have been a magical bean for all I knew.  It occurred to me as it often does that I tend to pass through nature from point A to B without really taking time to see where I am.  It also occurred to me that that wasn’t going to change anytime soon.  Not sure if that’s good or bad.

The hike up is steep but not nearly as challenging as Wright Peak or Algonquin.  There’s a false north peak on the ridge-line, and then another 0.2 miles or so to the true peak — which offers great views of the aforementioned peaks in addition to Marcy and Gray in the opposite direction.   What caught my interest was the slightly askew view of the Trap Dike above Avalanche Lake and one of the Hitch-up Matildas skirting its shore.  Someday I’d like to climb Colden via the Dike, though probably with friends.

At the top, I ran into a nice guy named Jodie (?) who’d climbed all but one of the 46 high peaks and was going to finish them off that weekend.  Also talked with a guy in his early 30s (Josh?) who I later ran into at Lake Tear in the Clouds and again at Sunset.  Just one of a dozen nice conversations that day.

To Lake Tear in the Clouds (9.9 miles and 4,293′ @ 1:30pm)
I descended Colden back to Arnold, then turned onto the Lake Arnold Trail toward Mt Marcy.  The path rises for a short time and then starts a long, gradual descent through trees and swampy meadows toward the Marcy Trail junction.  Along the way, you walk on dozens of flattened logs formed into dry, bouncy walkways over the boggy meadows and streams.  Very mellow.

At the Marcy junction, the trail turns into a rocky ascent, as expected, and for the first time I felt the heat of the day.  I was burning through a lot of water (yes, I was sweating in buckets — not surprise) and feeling a bit slugging when a fit couple in their 30s practically jogged by me in their little toe shoes and jaunty shorts.  I don’t like to admit being competitive, but I hate being passed while hiking.  So I kept up with them for a while, but they soon disappeared into the trees above and I was left along with my perspiration.  Grr.

To Gray Peak (10.4 miles and 4,840′ @ 2pm)
To my surprise, I ran into that same speedy couple sitting by the stream just below Lake Tear in the Clouds.  I stopped to talk, and they rather randomly and fortuitously pointed out the Gray Peak trail-head disappearing into the woods by the stream.   It’s not a formally maintained trail, and there’s no way I would have seen it, so I figured it was fate — and off I went.  They didn’t catch me until the top, which was a nice.

The climb up Gray offers a few rather precipitous rock scrambles and bouldering.  It’s nothing all that dramatic, but if it were raining or icy, it would be a bit dangerous without the right preparation or skills.  The top offered my first close-up view of Marcy.   Like Skylight nearby, and most of the higher Adirondack peaks, its top is large bald rock and grasses — which I always loved climbing in the Sierras.  Looked like fun.  So down I went.

To Mount Skylight (11.4 miles and 4,926′ @ 4pm?)
Before heading up Skylight, I polished off the last of my water so it was time to filter.  I whipped out the MSN filter thingy, dropped the intake the stream, attached the base to a compatible Nalgene bottle.  At first it was rather Zen.  Makin’ water one dribble at a time.  Three liters and 20 minutes later, it was just annoying.  Water was pushing back down the intake hose with each pump, meaning I’d probably pushed too hard, and the last liter or so took forever.  Note to self – learn how to do this without breaking the pump.  Or use Iodine tabs.  Too much wasted time.

At the four corners trail junction, one trail led up Marcy, another up Skylight.  The Skylight herd trail looked more like a stream, but it was only 0.5 miles and the female half of the speedy couple had said it was her favorite.  So up I went.  Passed Josh on the way up and wished him well.  At the top were beautiful panoramic views of the park, Marcy, Algonquin and more.  Very peaceful place.

To Mt. Marcy (12.6 miles and 5,344′ @ 5pm)
On the way up Marcy, I felt really tired for the first time, but it wasn’t an energy issue — my legs were cramping, which seems more like a water or electrolyte issue.  Same thing had happened to me the last time I was here, but I had a lot more water this time.  Really need to figure this out.

The top was nice and cool — the breezes on top of these peaks are as much a reward as the views — so I stopped for some much-needed food.  Unfortunately, all I had left was sugary trail mix and sugary Cliff Bars.  Wanted salt.  Not to self — take some damn salt next time.

The trail down was achy and slowish, so I decided not to try Phelps that day.  The idea of walking down rocky trails on sore ankles in the dark was unappealing to say the least.

Down to Marcy Dam (16.2 miles)
Beautiful view of the evening light over the lake, like a perfect mirrored bookend to the day.  Same craving for Top Ramen as the last time I was here.  Salt!

To Adirondack Loj Parking Area (18.3 miles and 2,179′ @ 8:15pm)
In my initial plan, I had planned to be at the bottom of Phelps Mountain and heading back by this time, so I was a few hours early.  It was just getting too dark to walk easily, and I’d planned to make the 3+ mile walk with a Petzl after nightfall.  Given how rocky the trail is and how tired I was, that would have been a bad idea.

All told, I’d climbed 4 more of the 46 original High 4,000+ Adirondack Peaks, making 7 total.  Not sure about total elevation gain, though it was not that much, but it was a good day overall.  Someday I’ve got to figure out the diet / hydration thing.  Seriously.

On the way back toward KoP that night I found that lodging between Schroon Lake and Albany is almost unattainable and certainly unaffordable this time of year.   I couldn’t find a hotel until somewhere far south of Poughkeepsie on the 87 at 1:30 in the morning.  I should probably plan that better next time. 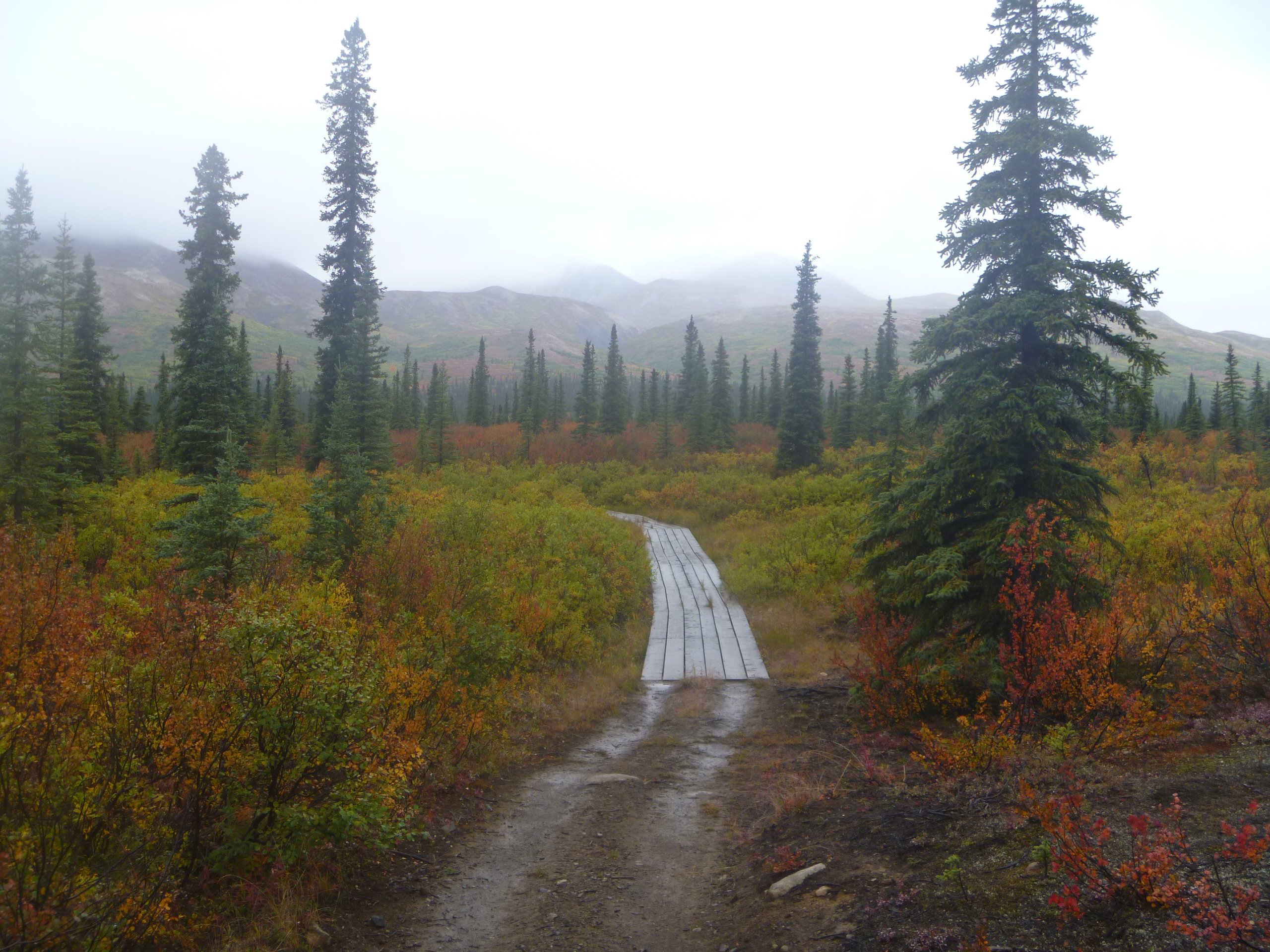